Conception problems are not unusual in our modern world, and there are a variety of factors that can contribute. And so here, Jenny Carson, Nutritionist and Technical Services Manager at Viridian Nutrition, gives the lowdown on what you need to know.

Although it may appear that conception comes easily, there are several factors that may make it a little harder.

Firstly, diet plays a role, and it is not just the diet of the mother-to-be. In fact, the World Health Organization acknowledges that the diet and lifestyle of both the father- and mother-to-be in the 12 months preceding conception can play a role in the ease of conception and health of the foetus.

At birth, women are born with approximately 400,000 immature follicles. Each follicle can produce an egg, however, at each menstruation, hundreds of follicles are recruited to produce a few good quality eggs. Subsequently, as women age, there are fewer and fewer follicles that can mature into eggs. In addition, testosterone in men starts to decline around the age of 40 years by approximately one per cent per year, alongside the deterioration of the genetic quality of the sperm.

The stressed state triggers a series of hormonal responses that are known to decrease fertility. It is known that both men and women produce less sex hormones when long-term stress is apparent.

Similarly, there are male health conditions of the testes that affect fertility that include varicocele, infection, retrograde ejaculation, autoimmunity whereby antibodies attack sperm and low testosterone.

Another hormone that plays an indirect effect on male and female fertility is thyroid hormone and thyroid function. Underactive or overactive thyroid impacts the production of sex hormones and affects the necessary roles of egg fertilisation, implantation and the maintenance of the pregnancy.

Nutrition and lifestyle play an important role in fertility, for example, a diet that is predominantly processed foods, although convenient, often provide low levels of nutrition, are laden in salt, provide added sugars and hydrogenated fats. This combination of compounds is considered to exert an inflammatory effect, while not providing enough nutrition to quell the inflammation, which may impact the chances of a successful conception.

Obesity as a condition of hypercaloric intake but malnourishment through eating in excess and processed foods may permanently alter egg maturation. It is reported that 20-25 per cent of obese women are treated for infertility and, if conception occurs, are at greater risk of gestational diabetes and generating obese children. Typically in men, sperm formation is affected via poor nutrient provision.

In 2020, a research paper published by Professor Jack E James of Reykjavik University concluded that mothers-to-be who consumed 300mg or more of caffeine were at a greater risk of low birthweight babies. This led to the advice of a maximum of 200mg of caffeine daily during pregnancy. However, caffeine is present in several foods and drinks, in addition to coffee. For example, tea and coffee provide 75-277mg of caffeine per serving, chocolate approximately 50mg, some soft drinks around 80mg and medications such as Anadin Extra approximately 45mg. Therefore, the total caffeine intake should be considered.

Stress in working women has been suggested to contribute to infertility, besides anxiety and depression, which have been described more frequently in infertile than in fertile women.

Heavy alcohol consumption has been reported to affect fertility when combined with poor nutritional intake and secondary health conditions.

Advanced glycation end products are produced when food is cooked at extremely high temperatures or charred, such as chargrilled foods, barbecue, crackers and bread. These compounds promote the cross linkage of proteins and sugars, which stops the protein from fulfilling its role. AGEs can affect the tissues of the womb and ovaries, as well as the testes to damage reproductive capacity. The best alternatives are to steam, poach and slow cook on low temperatures, while avoiding added sugars to avoid the formation of AGEs.

Ideally, the parents to be would adopt a diet that is rich in brightly coloured whole foods, which are foods in their natural state as opposed to processed, are nutrient dense and would contribute to providing the nutrients that are known to support reproductive health.

All vitamins, minerals and trace elements should be provided through a balanced whole foods diet, however, there are specific nutrient deficiencies that are associated with poorer fertility outcomes.

The B vitamins and magnesium play a multifunctional role in the body to support the stress response, energy production and hormone production besides normal DNA production, maintenance and repair.

Mothers-to-be following a vegan diet may benefit from the amino acid, carnitine, iodine and iron.

There are gender specific requirements for reproduction. Male priorities would include nutrients that promote vasodilation, this helps ensure a normal blood supply to the reproductive organs, such as arginine and coenzyme Q10. 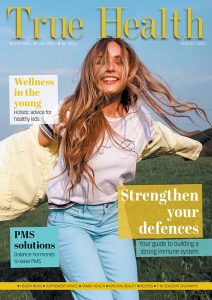