Hugely common and causing pain – for many on a recurrent basis – learning how to reduce your risk and address it naturally if you do succumb is important, as our experts advise.

Urinary tract infections (UTIs) often do not discriminate, affecting millions of people and, for a number of unlucky people, on a recurrent basis. But the good news is, UTIs respond incredibly well to natural interventions, with a little care and attention paid to your diet and lifestyle choices.

Dr Gras Balaguer, Technical Director at Cysticlean 240mg PAC, which is useful for UTIs, explained: “Cystitis and urinary tract infections are reported as being the most common types of bacterial infection, responsible for around three per cent of all doctor visits. Around 20 per cent of sufferers go on to develop a recurrent problem with at least three infections a year. This can be misery for the sufferer.”

Rose Holmes, Registered Nutritionist and Education & Training Manager at Rio Health, went on: “Urinary tract infections are very common and, although these can also occur in men and children, women are the main group who suffer UTIs, with one in five women likely to have recurrent UTIs – often experiencing three such infections yearly. Recurrent bouts of urinary tract infection may be caused by incomplete eradication of bacteria from a previous infection, or they may be in indication of antibiotic-resistant bacteria.

“UTIs don’t always cause signs and symptoms but most common are a strong persistent urge to urinate, passing frequent/small amounts of urine, burning sensation on urinating, urine that appears cloudy or tinged with blood, strong-smelling urine and, in women, pelvic pain.

“Symptoms may depend in part on which part of the urinary tract is infected. Urethritis may cause discharge and burning with urination, cystitis (affecting the bladder) may cause frequent painful urination, lower abdomen discomfort, pelvic pressure and blood in the urine. When the kidneys are affected (acute pyelonephritis), upper back/side pain, shaking/chills, nausea, vomiting and high fever may result.”

To know how to address it, you need to understand what causes UTIs.

“Until now, antibiotics are often prescribed to kill E. coli and to stop the UTI, particularly for women that suffer recurrent problems. As the effectiveness of antibiotics wane, and antibiotic resistance increases the harder it has become to manage this recurrent problem. There are many potential triggers for uncomplicated recurrent bacterial cystitis: age, decreased mobility, the menopause, sexual activity, physical and genetic disposition.”

Rose continued: “A urinary tract infection is an infection in any part of the urinary system – bladder, kidney, ureters (narrow tubes that carry urine from kidney to bladder), and urethra (tube that allows urine to pass outside the body). UTIs commonly involve the lower urinary tract (bladder and urethra) and are generally caused by bacteria. Infection of the bladder (cystitis) is commonly caused by E.coli. Infection of the urethra commonly occurs when gastrointestinal bacteria spread from the anus but can also be caused by sexually transmitted infections including herpes, chlamydia, mycoplasma, and gonorrhoea.

“Although men too can get UTIs, women are more susceptible due to their anatomy. Women’s urethras are approximately 1.5 inches, whereas in a man, the urethra is approximately eight inches. This means bacteria have a much shorter distance to travel, and women are at greater risk from bacteria that cause UTIs. Additionally, in women, there is closer proximity to the anus, where E.coli in faecal matter may compound the risk.”

She also pointed out: “The use of some types of feminine hygiene products may be increasing the risk and thus incidence of UTIs. Deodorant sprays, scented pads, scented toilet paper, bubble bath and similar products may irritate the urethra, increasing risk of UTI occurrence.

“In addition, antibiotic over-prescription and over-use may be contributing to the rising resistance to antibiotics used for combatting UTIs. Diabetes may associate with UTIs and the increasing number of pre-diabetics and diabetics may contribute to the increased incidence of urinary tract infections. Menopausal women may also be more susceptible because declining oestrogen levels may affect elasticity of the bladder and urinary flow.”

The role of diet

So, how much of an effect does our diet and lifestyle have?

“An important consideration is the relative acidity of the diet. Acidic urinary pH associates with urinary tract infections, so a vegetable-rich diet with reduced consumption of animal protein may help. This may also reduce exposure to potential food reservoirs of antibiotic-resistant UTI-causing E.coli. Studies suggest that both frequent alcohol consumption and some meats associate with antimicrobial resistant UTIs,” Rose reported.

“Acidic foods and beverages may irritate the urinary tract. Herbal and green teas can provide a useful alternative to coffee, carbonated and other acidic beverages; herbal and green teas may also help support natural defences. Foods with high potential acid load, such as red meat, fish, chicken, eggs and dairy may, by lowering urinary pH, irritate the bladder and worsen UTI symptoms. A high vegetable and berry-rich diet with reduced meat consumption and avoidance of alcohol may benefit by improving resilience.”

Dr Balaguer added: “Keeping well hydrated, good hygiene, weight control and improving resilience in general will help fight off potential reinfection. However, recurrent infections will have damaged the bladder wall, making it easier for the E. coli to adhere to the bladder wall. For recurrent sufferers, the most important action is to reduce the risk of E. coli adhering to the bladder wall.”

There are plenty of natural options to help ease the symptoms of UTIs.

Dr Balaguer suggested: “Cranberry juice and supplements have long been used for the treatment and prevention of UTIs. Evidence suggests that substances known as proanthocyanidins (PACs), found in cranberries, may interfere with the adhesion of bacteria (particularly E. coli) to the bladder wall.”

But he cautioned: “Cranberry products vary widely in their chemical composition and thus their effectiveness. The main action required is to inhibit the E. coli from adhering to the bladder wall and PAC has been shown to perform this action. But it has also been proven that a significant level of PAC is required for efficacy. So, it is important to choose a product proven to have an anti-adhesive effect on E. coli with a high level of PAC that has undergone human studies proving its efficacy-such as Cysticlean 240mg PAC.”

Meanwhile, Rose suggested: “A natural antimicrobial alternatives for active urinary tract infections is barberry, an extract from the Oregon grape root (Mahonia aquifolium), which has been shown to benefit re E.coli infection and may benefit re-UTIs by impacting the ability of the infecting microorganisms to adhere. Berberine, an active constituent in barberry, has been shown to have direct antibacterial effect and demonstrates benefits re-UTIs.

“Quebra pedra tea is highly recommended for those who suffer UTIs, including as a preventive. Adequate hydration is essential when using this South American botanical, which literally translates to ‘stone breaker’ and has been used for promoting wellbeing in the Amazon Rainforest where this small annual plant is found.”

There are certain Ayurvedic herbs that have been shown to help maintain the health of the kidneys and urogenital system.

“Each of these has shown protective effect for health conditions affecting the kidneys and urogenital system.” 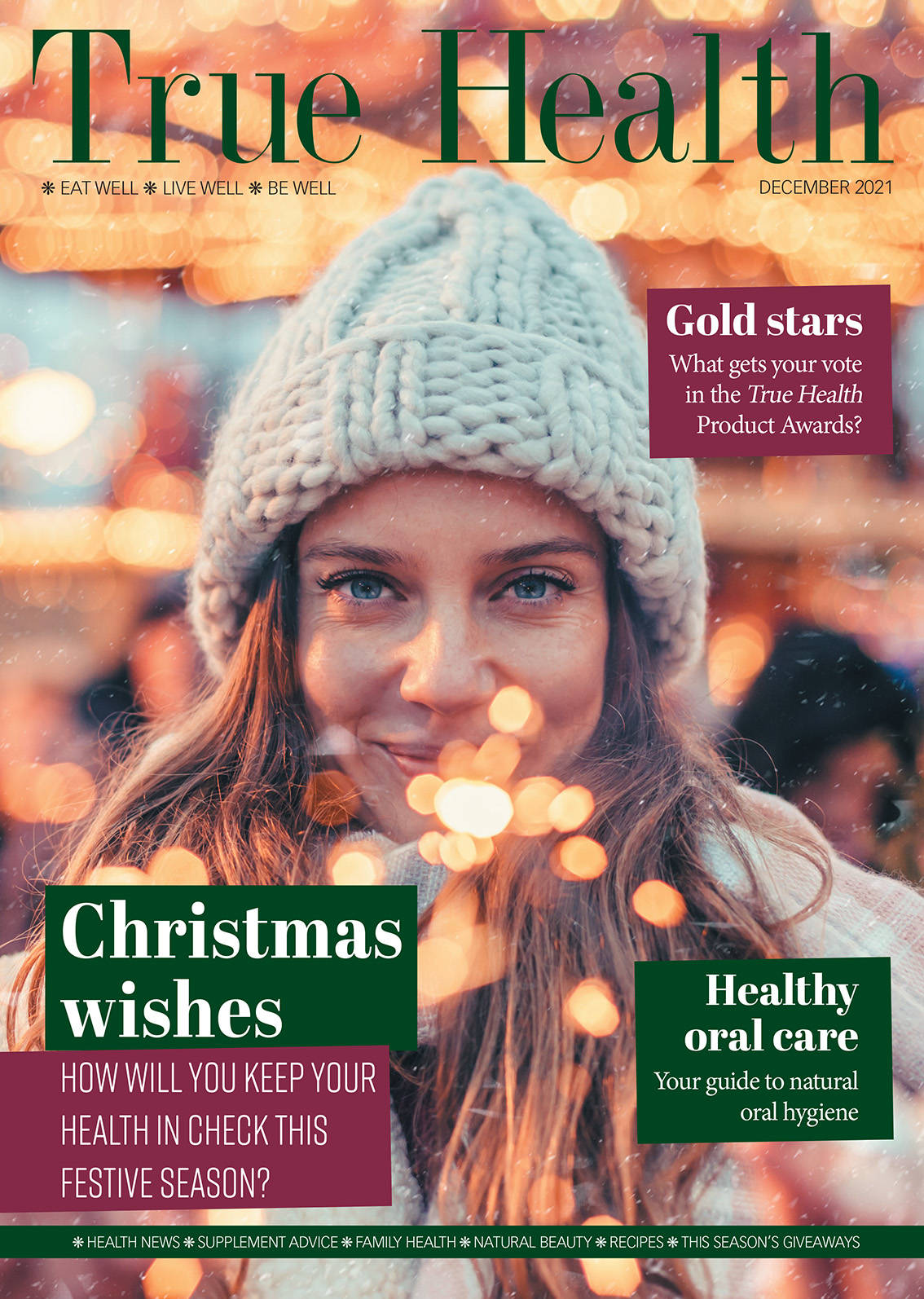