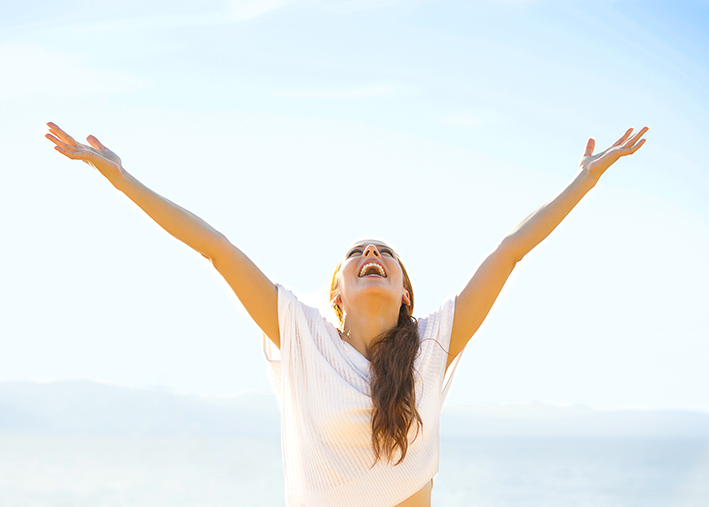 Our digestive system plays a critical role in so many aspects of our health and wellbeing, and so it’s important you’re taking care of it. And here, Leyla Moudden, Naturopath and Enzyme Educator for Enzymedica UK and Enzyme Science UK, explains the relationship between digestive enzymes and food intolerances.

Food intolerance can be described as the body’s inability to accept a particular food or some of its molecules, with the most commonly reported food intolerances being gluten, lactose, fructose, carbohydrates and phenols. These foods have molecular structures that require chemical digestion via digestive enzymes and foods that pass through the stomach undigested can generate unwanted reactions. Effective digestion will break food molecules into smaller molecules that are less likely to generate an adverse reaction.

The role of digestive enzymes

Digestive enzymes are generated by the pancreas, stomach, small intestine and microbiota.

Enzymes are highly specific and work within particular pH ranges that can vary throughout the digestive tract according to a person’s diet and lifestyle. When properly formulated, supplemental digestive enzymes are able to support the digestive process to break down offending food into smaller molecules, allowing your body to utilise nutrients.

Research into digestive enzymes suggests that an increase in enzymes through supplementation may neutralise or dramatically reduce the negative impact food of both intolerance and allergic reaction. Digestive enzymes are therefore a worthy consideration if you suffer with food intolerance.

Diagnosis of intolerance is varied and unreliable, and laboratory tests can vary in validity. Hydrogen and methane breath testing are the most clinically regarded intolerance test for fructose, lactose and carbohydrate intolerance, and can accurately identify these intolerances in only 30 per cent of those tested. Positive breath test results may lead to a misdiagnosis of SIBO. Other frequently used but unvalidated intolerance tests include hair analysis, iridology, pulse tests, kinesiology, faecal microbial analysis, intestinal permeability and salivary IgA tests.

Elimination diets remain the most reliable method for identifying food intolerance, however, they can be difficult to follow. Persistent and chronic intolerance reactions can lead to excessive dietary restrictions and used long-term, may result in nutrient deficiency and reduced quality of life.

Gluten is the most prevalent of intolerance proteins – and here’s the science behind how it works.

Proteins are hydrolysed by enzymes called proteases, proteolytic enzymes, proteinases, and peptidases. Gluten is formed of proteins that are proline rich, making them difficult to digest. Effective breakdown of gluten’s peptide bonds are effectively hydrolysed by potent stomach acid, exopeptidases and endopeptidases. Gluten that survives the digestive tract without becoming hydrolysed will reach the small intestines, where it can inflame, irritate and separate the intestinal villi. The resulting symptoms are brain fog, bloating and discomfort: intolerance but not allergy.

And here’s the science; dipeptidyl peptidase IV (DPP-IV) is an endogenous protease enzyme that has many different functions within the human body. In the digestive system, DP-IVV efficiently degrades gluten and casein. Taken as a supplement, DPP-IV can break down gluten molecules into a digestible form, potentially reducing the incidence of intolerance symptoms.

Carbohydrates form a large part of the modern diet. Many common carbohydrates contain a substrate called starch, which is digested by amylase to yield glucose. Whilst starch is effectively broken down by amylase, other enzymes are required to digest other carbohydrates effectively. As with proteins, undigested starch will provide fermentation food for microorganisms residing in the large intestine, creating excess gas, among other symptoms. Supporting digestion with digestive enzymes can alleviate this.

Lactose is a sugar digested by lactase and intolerance to lactose is almost always a result of deficiency of lactase and is experienced as nausea, vomiting, abdominal pain, loose stools, flatulence and bowel sounds, following consumption of dairy products.

Cellulose is the main structural molecule in plant derived foods and a commonly ingested carbohydrate. The enzyme responsible for the breakdown of cellulose is cellulase. Cellulase is not produced by humans but is synthesised by micro-organisms in or outside of the body. Complete digestion of cellulose will yield glucose, and partially digested cellulose will feed probiotic bacteria in the gut. Consuming cellulase to allow the partial digestion of fibre will therefore benefit the flora of the gut.

Nutrients such as vitamin A, E, D and K status may be affected, and malnutrition can occur. Vulnerability in any part of this enzyme secretory system, such as gallbladder removal, will create an enzyme insufficiency that can be supported with an enzyme supplement to allow lipid digestion and subsequently, support overall health.

This occurrence can frequently be described by suffers as an intolerance reaction to lipid-rich foods, such as nuts, avocados or eggs and relieved with supplemental enzyme support.

Supplemental enzymes are enzymes taken orally to support the natural process of digestion. Where an actual food allergy has been ruled out, digestive enzyme insufficiency could be a cause of an intolerance reactions to foods. Intolerance will most often show as gastrointestinal disturbance and, alongside elimination diets, pH balance and microbiome support, supplemental enzymes can provide support to patients who suffer intolerance reactions to foods.

Intolerance reactions can be triggered by multiple foods, so supplementing with digestive enzymes that support better digestion of carbohydrates, proteins and fats together could provide a useful tool.