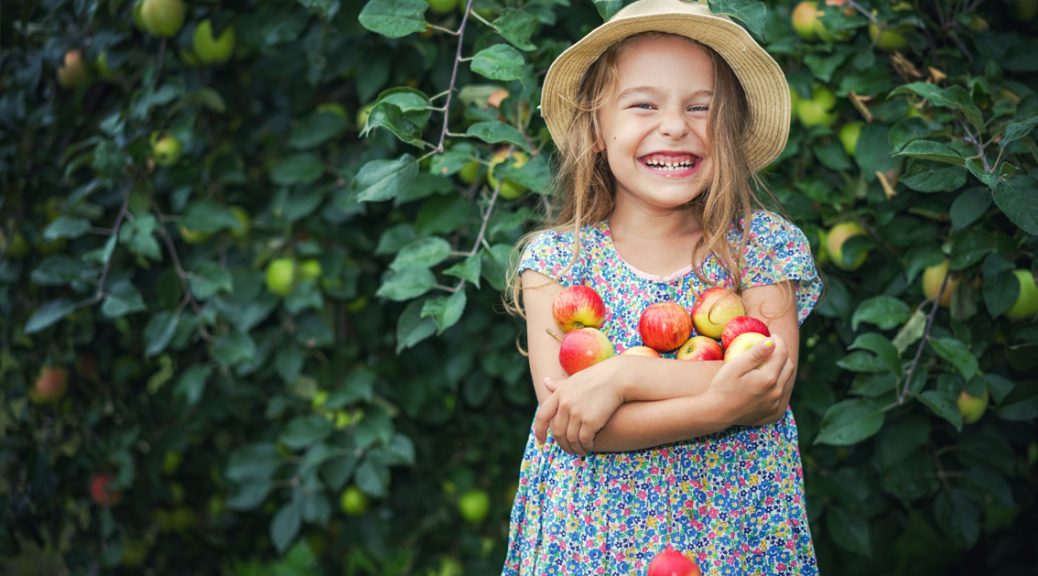 As your young ones prepare for the start of a new school year, now is the time to ensure their nutrition is up to scratch, as our experts advise.

Children have specific nutrition needs to meet their demands for growth. Such needs have become more important as the effects of the Covid-19 pandemic have been felt on their health. For example, kids have been less active, we know their mental health has been affected, and obesity remains an issue, even before the pandemic.

So, what do you need to know about children’s health and what considerations should be made around their nutrient needs?

Roz Crompton, Homeopath and Marketing Manager at Helios, advised: “The closure of schools was not only damaging to their education but led to a lack of social interaction, which has affected emotional development, and caused loneliness, especially in young children. On top of this, some children have lost family members to Covid and have experienced deep grief.

“Parents’ financial pressures combined with lockdowns has put a huge strain on home life, and not being allowed to see family members who might otherwise be a great support to children has added to their stress. With school closures and sporting activities banned during the pandemic and lockdowns restricting exercise, it is no surprise that physical health has suffered and obesity levels amongst children in the UK are rising. For many, school/sports activities are the only exercise available to them and this is especially true for children living in deprived areas where there might be no access to green areas.”

Helen Edwards, Nutritional Therapist and UK & Ireland Consultant at New Roots Herbal, went on: “Although some children have been less affected by the virus, the pandemic has unfortunately directly impacted children’s health. Playing with friends, time in nature, sport has been reduced and replaced with more screen time and online social interactions, whether it be gaming, social media or mobile phones. Poorer eating habits and increased snacking has become a norm.

“An interesting survey carried out in the University Hospital of Lausanne, Switzerland, on 128 families during and after three months of semi confinement reported that screen time increased by 75 per cent for children and 100 per cent for adolescents. Forty per cent of the children reported an increase in eating more and snacking. Equally as concerning was 58 per cent of children suffered changes in their behaviour, including stress and anxiety and sleep disturbances. Good nutrition is intrinsically linked to a healthy immune system and disease susceptibility. If children develop poor eating and lifestyle habits from a young age this could lead to poorer health in adulthood.”

Obesity is a major concern among western children, and diets are thought to be in decline.

Helen highlighted the over-consumption of sugar, which is hidden in so many processed foods.

She explained: “Just before the pandemic, I conducted a school workshop with children aged under seven years to help them understand the hidden sugars in food. Many of their parents also attended. They were split into groups and had a container of sugar on their table, along with a cup and a spoon. I listed out the common breakfast cereals, typical lunches, dinners, snacks and drinks. I asked them to think of the food they had eaten yesterday, which was checked against a food sugar content chart, and then they added the equivalent number of teaspoons of sugar to their cup.

“The experiment was simply to bring awareness to children and parents on the amount of sugar hidden in foods and potentially being consumed daily. The average daily consumption of sugar per child in this class was over 40 teaspoons (160g of sugar!), which far exceeds the recommended amount for this age group. Unfortunately, you can see how easy it is to get to so many teaspoons when a typical glass of fruit juice ranged from 12 to-27.6g of sugar (three to 6.9 teaspoons), a serving of chocolate granola 24g of sugar (six teaspoons), and a fruit yoghurt pot 16g (four teaspoons), a small bar of Cadbury dairy milk contains 25g (6.25 teaspoons) of sugar.”

She added: “Poor blood sugar control can lead to poor concentration, weakened immune system, overwhelm, increased anxiety, digestive issues including constipation or diarrhoea, and much more. The long and short of it is sugar is highly addictive and causes inflammation and inflammation leads to many health problems.”

So, what do children need generally for a healthy diet?

Helen advised: “Eat whole foods – real foods are grown on a plant and not manufactured in one. Encouraging them to try and eat whole foods with every meal and as snacks. Whole foods are not accompanied with a list of other ingredients. Food communicates important information to our cells which, in turn, influences the expression of our genes known as epigenetics.

“Whole, real foods contain important nutrients which enhance normal growth and development and promote wellbeing. Foods that have been altered and manufactured often contain additional ingredients, including added sugars, additives and preservatives, inflammatory fats and artificial colours. Many of these ingredients are often foreign and toxic to the body which can lead to inflammation, lowered immunity, digestive issues, poor concentration, learning problems and ill-health.”

Roz added: “Obesity is a growing problem in children and the number of children. with type 2 diabetes appearing to be on the rise. A poor diet and being overweight/obese are main causative factors.”

Looking at the nutrient specifics, both from diet and supplements, there’s much to consider.

“Don’t forget the healthy sources of beneficial fats and proteins with all meals and snacks. They help stabilise children’s blood sugar and appetite, so they are not reaching for a biscuit 30 minutes after a meal. For healthy fat sources, focus on olive oil, coconut oil, avocados, wild caught fatty fish, nuts (with the exception of peanuts, which can contain fungal toxins and are inflammatory) and seeds like chia, flax, hemp, pumpkin, and sunflower,” Helen suggested.

“Great protein sources include grass-fed beef, organic turkey, chicken and eggs and bone broth, which is rich in amino acids (protein), collagen and important minerals like calcium and magnesium. Bone broth nourishes the young digestive system. It’s easy to make and freeze bone broth as ice cubes so you can add it to your favourite dishes, giving it a rich flavour. Wild fish, quinoa, lentils, chickpeas, buckwheat, tempeh and spirulina are good protein sources also.”

We should also consider whether to supplement.

“As children grow there is an increased need for certain nutrients, including essential fatty acids, B vitamins, vitamin D, zinc, magnesium, calcium, potassium, iron, folate. Deficiencies are more likely to occur when children lack a good array of whole foods in their daily diet and rely more on processed foods, including bread, pasta, and white potatoes as a source of nutrition,” Helen commented.

“I believe that there are times when supplements are necessary for children. For example, vitamin D3 deficiency is common in children; the lack of sunlight during the winter months and the use of sunscreen in summer, and now many children are spending more time indoors than performing activities outdoors in nature. Adequate levels of vitamin D3 are crucial from childhood to adolescence.

“Deficiency can have a negative impact on the development of their immune response and mood and contribute to several health problems. Vitamin D3 supplementation in children has also been associated with promising results in various diseases from irritable bowel syndrome (IBS) to respiratory infections and even pneumonia. In many cases, vitamin D supplementation should be considered all year round.

“I often see children whose diets are deficient in essential fats. Omega 3 is an important brain food and source of energy, which aids memory, concentration, and focus. Young children with difficulty writing, learning disabilities and attention deficit disorder (ADD) are often deficient in omega 3. Studies have shown that omega 3 fatty acid DHA can increase psychosocial and cognitive performance in healthy children, finding a significant association between higher blood DHA levels and better scores in a comprehension and vocabulary tests. Omega 3 EPA exhibits an anti-inflammatory effect which can improve the symptoms of bronchial asthma in children as well as prevent its onset.”

You should also consider your child’s gut health.

Helen explained: “Probiotics can be helpful at times in supporting digestive health, improving nutrient absorption and assimilation and in cases of constipation and diarrhoea. Probiotics can also be helpful for dermatitis, lactose intolerance and asthma, as well as reinforcing the immune system and protecting the gut against less beneficial bacteria, which can positively impact children’s mood and concentration.”

Homeopathy is a gentle form of natural medicine and is ideal for children in a number of ways.

Roz explained: “Homeopathy is gentle, safe and effective in children of all ages. It is holistic in that it treats the whole person and works on both emotional and physical complaints. It works well alongside conventional medicine too. For longstanding or serious complaints, the expertise of a qualified homeopathic practitioner should be sought. For minor ailments and first aid situations, homeopathy can be used safely and with confidence at home.

“The majority of homeopathic remedies are made from plants and minerals prepared to the traditional methods of dilution and succussion. As only minute does of a remedy are given there are no known side effects.

“Below are some of the most frequently used remedies for use at home and I have separated them into emotional and physical complaints: 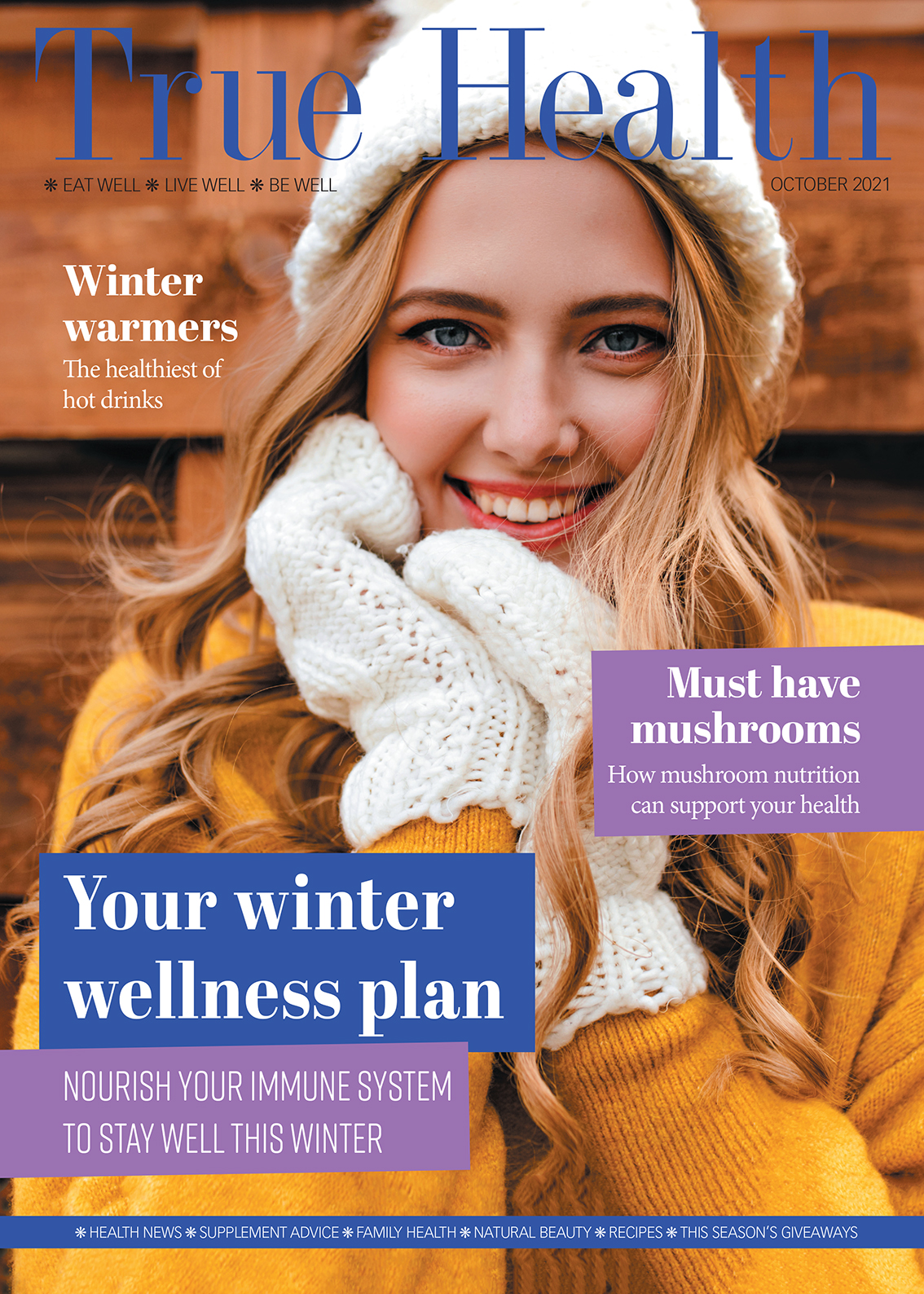