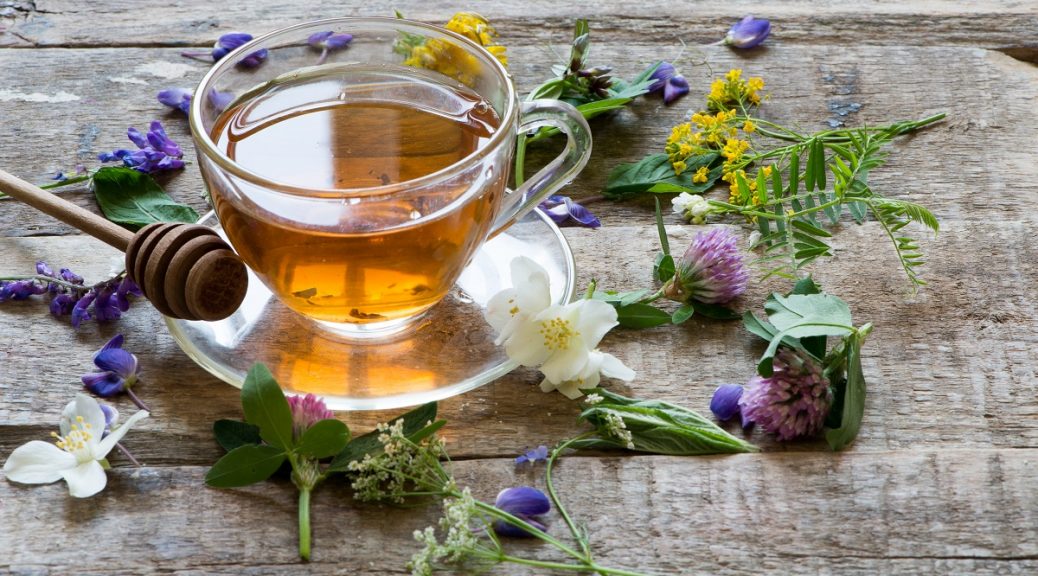 We discover the health benefits of our favourite brew, a good old-fashioned cup of tea.

Tea is the nation’s favourite hot drink, in fact, it is by far the most popular drink consumed in Britain with 165 million cups drunk every single day.

“Botanical teas are generally less processed than coffee products too, so less likely to contribute to toxic load. For the caffeine-sensitive, tea generally has less caffeine than coffee which means a late-at-night cuppa is not going to keep you awake. Indeed, some herbal teas may aid sleep or have calming effect. Many contain high levels of antioxidants too, such as graviola and matcha tea.”

Studies have found that drinking tea can reduce your risk of heart attack and stroke, as well as reduce levels of LDL cholesterol. It can also help with heart disease, weight loss, diabetes and cancer, and support the immune and digestive systems. Certain blends can also energise and help you focus, whilst others can calm and relax you.

Green Tea
Green tea is one of the healthiest beverages, it’s packed with antioxidants and essential nutrients. It is rich in polyphenols which have been shown to reduce inflammation and help fight cancer. Green tea also contains high levels of a catechin called EGCG, which is a natural antioxidant that helps prevent cell damage, it is one of the most powerful compounds in green tea.

“Green tea has been used in traditional Chinese medicine for centuries to treat everything from headaches to depression,” explains Sarah Butler from Qi Teas. “It contains B vitamins, folate (naturally occurring folic acid), manganese, potassium, magnesium, caffeine and other antioxidants, notably EGCG. Antioxidants are chemicals thought to protect against the harmful effects of free radicals, which are chemicals naturally produced in every living cell and known to cause cell damage.

“Green tea is said to promote both energy and calmness, thanks to a combination of theanine and caffeine in the camellia Sinensis plant so can make you feel relaxed whilst staying alert.

“The Catechins found in green tea may have a role in helping the body speed up the metabolism so can help maintain a healthy weight, it makes a great alternative to sugary soft drinks or creamy lattes. We all know the benefits of staying hydrated and green tea can count towards your daily fluid intake so can be enjoyed as part of a balanced diet and healthy lifestyle.”

Research suggests that green tea may be beneficial in lowering your risk of neurodegenerative diseases such as alzheimer’s and parkinson’s, and be beneficial in type 2 diabetes, weight loss, inflammatory skin diseases and may act as a natural antihistamine too.

Ginger
Ginger tea is a great natural remedy for improving digestion and increasing the absorption of food, it can also help to ease a bloated tummy.

“Ginger is great for digestion, helping to stimulate digestive enzyme production and regulate stomach acid levels,” advises Butler. “Ginger is a well-known tonic for coughs, colds and flu too as it can help to increase body temperature to help fight against infection.”

Ginger tea contains high levels of vitamin C, magnesium and anti-inflammatory properties, making it an ideal remedy for muscle and joint issues. It is known to relieve nausea, including symptoms associated with motion sickness, and relieve congestion from a cold. Studies have also found that ginger tea can help to improve blood circulation which may help to rude the risk of cardiovascular problems, due to the vitamins, minerals and amino acids it contains.

Thanks to its strong aroma and healing properties, ginger tea also has calming properties which can help to relieve feelings of anxiety, stress and tension too.

Cat’s Claw
Cat’s claw has been used for centuries as a traditional medicine in the Andes to treat inflammation, rheumatism, intestinal complaints, gastric ulcers and wounds. As a powerful anti-inflammatory, it can also fight the inflammation associated with a number of gastrointestinal problems, including irritable bowel syndrome (IBS), colitis and gastritis.

“Immune function support is also a feature of cat’s claw, a climbing vine from the Peruvian Amazon which gains its name from the barbed ‘claws’ with which it climbs the rainforest canopy,” adds Holmes. “Cat’s claw bark and root has been used by the Ashaninka people of the Peruvian Rainforest for at least 2,000 years for a variety of health conditions.  In addition to supporting immune function, cat’s claw is highly anti-inflammatory and shows benefit for supporting joint health.”

Peppermint
Peppermint tea is one of the most widely consumed single ingredient herbal teas. While it is often drunk for its refreshing flavour, it has numerous health benefits. The most notable of which is its ability to aid digestion.

Peppermint tea has been found to relieve digestion symptoms such as bloating, flactulence and indigestion. Studies indicate that peppermint relaxes the digestive system and eases pain, whilst preventing muscles from contracting – therefore relieving spasms in your gut.

As peppermint acts as a muscle relaxant and pain reliever, it can also help with headaches. The menthol in peppermint increases blood flow and provides a cooling sensation, which may ease pain. Whilst enjoying a cup of peppermint tea, deeply inhale the tea’s aroma to relax muscles and ease any head pains.

Peppermint tea also has antibacterial, antiviral and anti-inflammatory properties, making it an effective natural remedy for cold and flu symptoms – and due to its strong scent, it’s also a great decongestant. Research indicates that menthol, one of the active compounds in peppermint, improves the airflow in your nasal cavity.

Matcha
Unlike traditional tea which comes in a bag or as loose leaf, matcha tea is most often available as a vibrant green powder. The benefits of matcha exceed those of green tea, this is because when you drink matcha you are ingesting the whole of the green leaf – not just the water that the tea has brewed in. Nutrient values vary, but experts suggest that drinking one cup of matcha is the equivalent of 10 cups of regular green tea.

“The added advantage with matcha is that you ingest the entire leaf,” confirms Butler. “It’s so easy to include in your daily diet too. Matcha powder is really versatile, in addition to just drinking it as it is, it can be added to yoghurts, fruit juices and smoothies.”

Chamomile
Chamomile tea is most known for its calming effects and is a popular natural sleep aid. Chamomile tea relaxes nerves and soothes the nervous system, therefore helping you to sleep better. Studies have confirmed its benefits too; in one study participants reported improved sleep quality within the two weeks of consuming chamomile tea and in another, they found the tea to reduce the time it takes to fall asleep.

Not only does chamomile tea help with sleep, as it is a gentle relaxant and acts as an effective natural sedative, it’s also a fantastic natural remedy for feelings of stress and anxiety.

What’s more, chamomile tea has powerful antibacterial and anti-inflammatory properties, as well as pain-relieving and antispasmodic properties – making it useful for digestive issues such as bloating, indigestion, diarrhoea, nausea and vomiting. 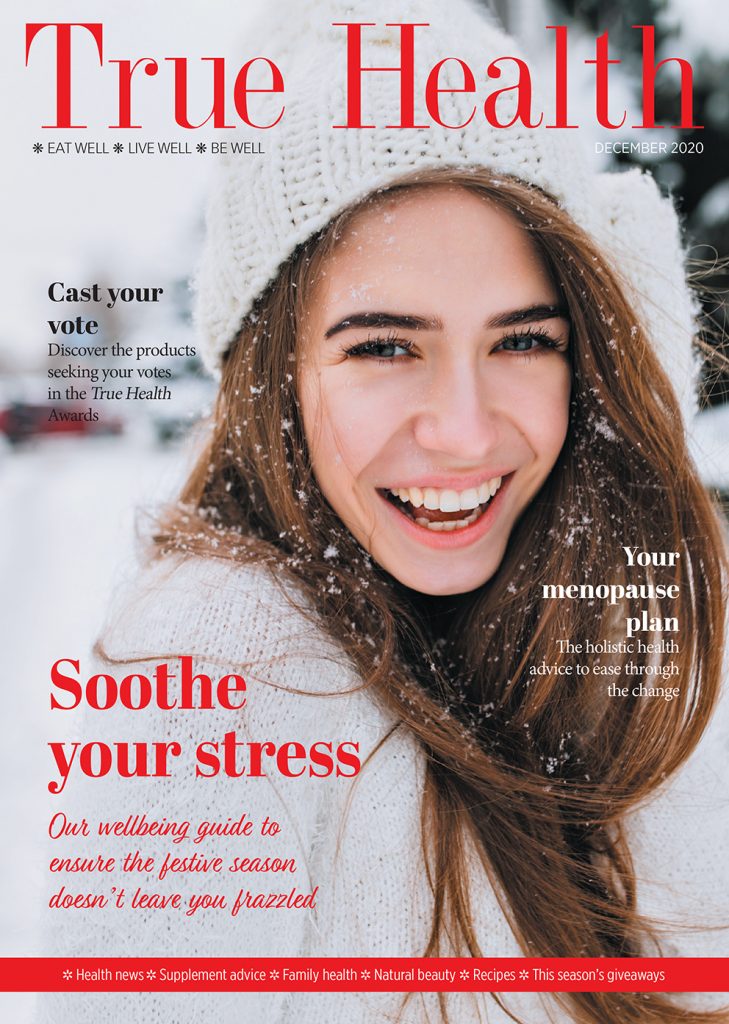